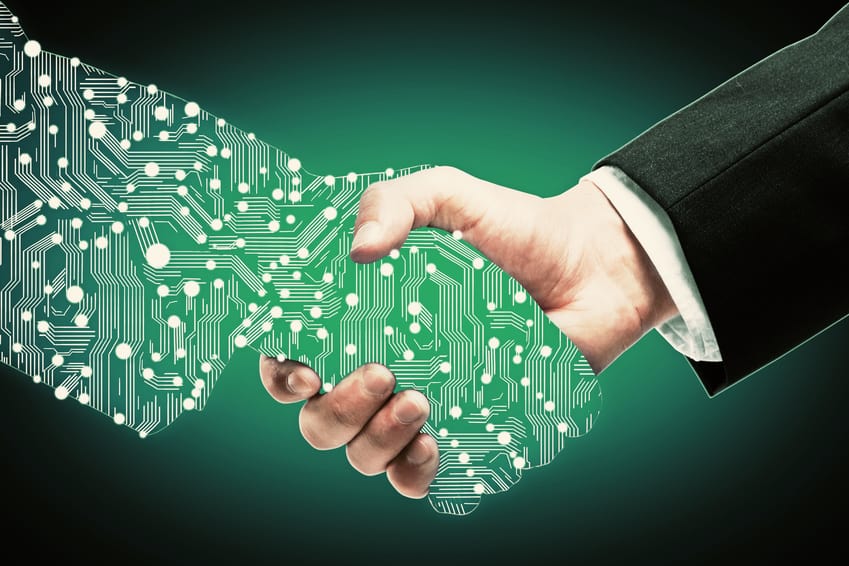 Banks are facing increasing challenges from new technologies, and partnering with other firms may be the best way to succeed in the future. In the late 20th century, banks were able to deal with the rise of the Internet because they had what investor Warren Buffett calls an economic moat. Only traditional banks offer the advantages of a physical location, but these advantages are eroding in a world where a new competitor can develop a large online profile fairly quickly. Mobile payments are becoming more important, while blockchain technology promises even greater disruption in the future. Given that banks are restrained by more complicated regulations, partnership may be the only solution.

Earlier waves of digitalization gave banks more time to respond and left them with greater built in advantages. Although ATMs became commonplace in the 1980s, debit card usage did not take off until the late 1990s. In fact, this process is still going on today. Checks have consistently declined during the 21st century, while global debit card use continues to rise. Banks also faced a host of challenges when making accounts accessible over the Internet, including securing websites via SSL encryption and even educating customers about fishing attacks. Despite these challenges, brick and mortar banks thrived in the 1990s because they enjoyed greater trust, offered more convenience, and frequently provided faster service. All of these advantages of a physical location are now threatened by new developments.

Today, banks face a second wave of digitalization focused on mobile and immediate payments. According to a 2016 financial industry survey by PwC, most executives reported that less than 40% of their customers currently used mobile apps for financial services at least once a month, but they also believed that more than 60% of customers would do so by 2020. PwC also found that 52% offered mobile apps, 18% had them in development, and 30% did not offer them at all. A popular feature of many apps is the ability to scan in checks, reducing the need to go to branch offices or ATMs. The need for cash from ATMs is also falling as customers shift to buying online and using services like Google’s Android Pay or Apple Pay to pay in person. Banks seem to be losing their economic moat as digital becomes more essential.

Banks will soon be dealing with even greater challenges from FinTech and blockchain technology, and partnership seems like an ideal solution. PwC found that 28% of banking and payment business will be at risk to FinTech by 2020. However, this danger also brings the opportunity for partnership. A 2016 Capgemini survey found that 78.6% of bank executives saw FinTech as a partner, 53.6% saw it as a competitor, and only 3.6% saw FinTech as irrelevant. Customers have actually taken the lead in combining FinTech with traditional banks. A 2016 Capgemini survey of customers found that while 29.4% used at least one non-traditional firm for banking services, only 2.9% used non-traditional firms exclusively. Partnership has become the model for banks facing the challenges of digitalization, and that, at least, seems unlikely to change.